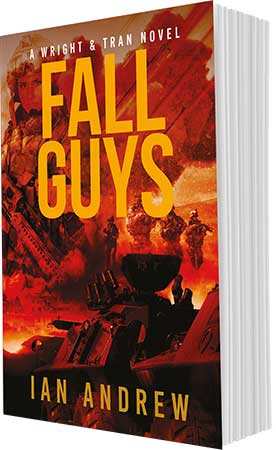 Kara Wright and Tien Tran, combat veterans of an elite intelligence unit, now make their living as Private Investigators. Often working the mundane, just occasionally they get to use all their former training.

When a break-in threatens Britain’s National Security, Franklyn calls on Wright & Tran but Kara will have to take this case on her own. Tien wants nothing to do with the world of Private Investigations and less to do with the world of Franklyn. Kara goes solo, but finding who is responsible for the break-in is the easy part. Finding who the real criminals are is much, much harder.

Isolated in a world of half-truths and lies, international arms deals and power politics, she is quick to discover that she’s been working for the wrong side. What she didn’t figure on was that making amends will place her, and those she loves, in the sights of those who have everything to lose.