Due to his father’s military career, Dave Ward attended eight different schools, including one in Addis Ababa, and two in Egypt. All this rather confused him, although he did learn a few words of Amharic and Arabic. It took him until he was thirty years old to sort things out.

Having discovered essayists such as Francis Bacon, he began to enjoy essay writing, and realised that it could help to sort out some false logic noticed by Aristotle. He aims to continue to draw attention to what he thinks are dangerous errors in some refereed scientific papers on bushfire. He firmly believes that the scientific misconceptions could get people, and both domestic and wild animals killed. 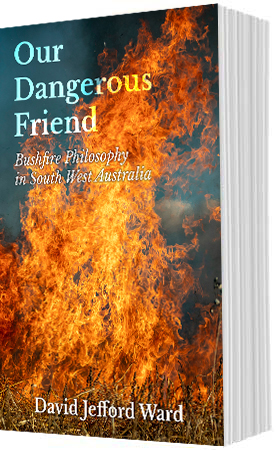