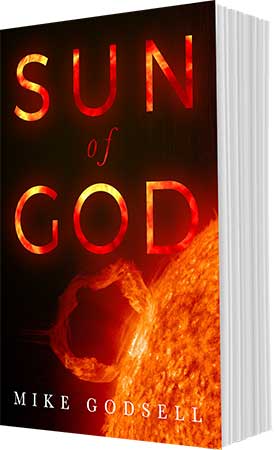 Mike decided to have his first novel published independently, not for resale but for distribution to his friends and family. Another example of the flexibility of Print-on-Demand technologies and what the Book Reality experience can help authors with.

Mike’s home town was Cheltenham in the Cotswolds of England. The spoon in my mouth at birth was Bronze but that didn’t stop me. As a child, he lived through WW2, but the YMCA & Boys Brigade was his first adventure. Followed closely at 18 with being conscripted into the ‘War’ in Cyprus & the Suez Canal.

Serving on the Royal Navy destroyer HMS Carysfort for 2 months he sadly lost 10 mates and a Cousin during the conflicts. He left the military and became a champion ballroom dancer, before marrying Jackie and emigrating to Australia.

Re-entering the building trade, he established his own business of Top Class Interior Decorating in Perth.

With two little sons, he spent many a year following his boys through little athletics, baseball, brass band practise, moto-cross, flying and volunteer fire fighting. For himself, he became an active committee member of the Returned Servicemen’s League.
In the intervening years he has been president of football clubs, little athletics, Drum Major of a brass band on six ANZAC days in Perth, six Channel 7 Pageants and was a City Councillor for fourteen years, retiring with honours.

Mike says, “Being married to Jackie has been an “absolute pleasure” and bringing up two wonderful boys made us one complete and very happy, successful family. I’m 80 now, so a bit rough around the edges.