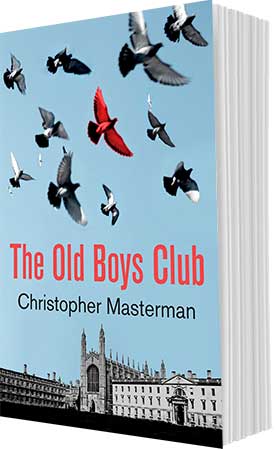 With Cold War tensions at their height and the prospect of nuclear war between the Soviets and the West a constant and present reality, the United Kingdom is rocked by revelations that senior British intelligence personnel were actually long-serving spies for the Soviet Union. Their actions have severely compromised UK security and led to the deaths of British agents. To add further embarrassment, the traitors have escaped to Moscow and are being feted as heroes.

The highest echelons of the British Government fear there may be yet more treachery lurking, but who can be trusted to uncover it? Two young outsiders are tasked to investigate how privileged pillars of the Establishment became Soviet Union puppets, and discover who else might have been similarly enticed. It should be an academic exercise of paper-work sleuthing, but as the truth is slowly revealed the young couple face increasing dangers and physical threats. The question is, are the secrets of the Old Boy’s Club worth dying for?