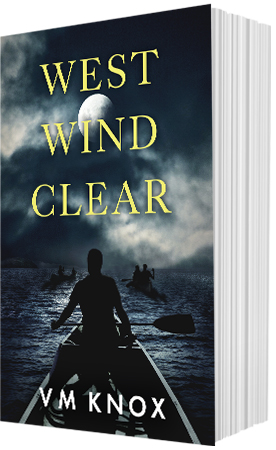 In late 1941, the Pacific is a very different place from only one year earlier.  Japan threatens and vast numbers of Imperial Army spies have infiltrated throughout the Pacific Islands in readiness for conflict.

Just as he is preparing to leave Australia and return to Britain, Major Clement Wisdom is seconded to lead a small guerrilla force.  Their mission: to secure a vitally important person in Singapore and take him, and the secret he carries, back to Australia.

While en route to the island bastion of the British Far East Fleet, Clement learns that Malaya, Singapore, and Pearl Harbour have all been bombed and war is declared.

With no up-to-date intelligence on the volatile region, and leading a group of men he barely knows, much less trusts, Clement’s orders leave him with no option but to proceed.  His fears are compounded when one of his men dies in an apparent suicide and it seems likely that there is an enemy spy on board; one who will kill to evade discovery and who is motivated by that oldest of reasons; revenge.