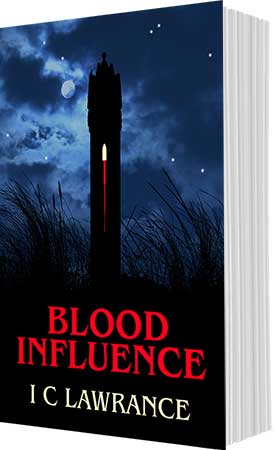 Despite living whole generations under its watchful presence very few understood the truth. Overlooking the Bowl, a land of lush pastures and cultivated fields, it observed daily life whilst the people lived and thrived, at least they convinced themselves they thrived.

Shan, Molly and Moira were 13 years old. They had not met, but each had attracted the Tower’s attention and that was never a good thing. The Tower needed girls with an Influence; the ability to effect things about them and so it would determine who would be selected and deemed worthy. Yet things are rarely as straight forward as they appear and the Influence of Blood should not be underestimated.