After qualifying as a solicitor, Gabriella Lang specialised in litigation for a few years before leaving to work in film and television rights law.

Having seen the error of her ways, she decided to do something useful and in 2006 began to work in philanthropy within the medical research (not-for-profit) sector. She loves learning about all the latest medical breakthroughs and has a firm belief that ‘Knowledge is power!’ She also thinks it can lead to rampant hypochondria. She continues to fight against it.

Her real passion however, has always been history. Especially Imperial Russian history – something her fiercely patriotic Hungarian father struggled to come to terms with. In spite of his reservations and with his blessing, in 1995, Gabriella embarked on a PhD in Russian history. Her doctoral thesis was titled, ‘The Abdication of the Last Tsar. A Reappraisal of the Evidence’. No-one warned her how challenging it would be to do this while living in Australia – and for this, she is very grateful. Not realising it couldn’t be done, she did it. Awarded her doctorate in 2000, this brave (insane?) endeavour necessitated Gabriella living and working in Russia for long periods while conducting research through the archives in Moscow and St Petersburg. She also had to learn to read, write and speak Russian, which made her appreciate that Hungarian is NOT the world’s most complicated language.

She has written historical articles for university publications and since 2006, for Highlife Magazine and various other publications.

Having travelled extensively throughout Russia and Europe, Gabriella has also written freelance articles for Weekend Australian Travel and Leisure, including Russia’s Golden Ring Towns, Hungary – beyond the Tourist Trail, and Secrets of St Petersburg.

In 2017, Gabriella co-authored The Lost Tutor – John Epps and the Romanovs, which she wrote with Janet Epps – a relative of John Epps.

In 2018, Gabriella was invited to share her passion for Imperial Russia and teach a course for U3A (University of the Third Age) in the NSW southern highlands. This has now expanded into several courses and includes one on the History of Hungary 1868 – 1956.

Food and Freedom is her first memoir, written to honour and celebrate not only her personal history through her parents’ story but also her Hungarian heritage, of which she is immensely proud.

She is working on a second memoir – Tsars in my Eyes – about her many trips to Russia, including what it was like doing research in the State Archives in the mid-1990s. At the time. she was the first Australian historian allowed access to the Romanov archive in Moscow.

Married, with a 23-year-old daughter, Gabriella divides her time between Sydney and Bowral in the NSW southern highlands of Australia. 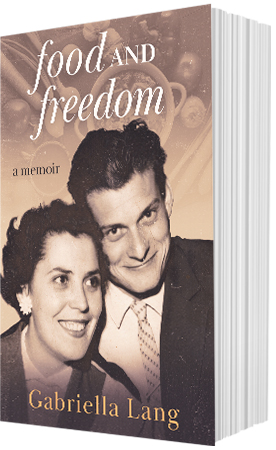 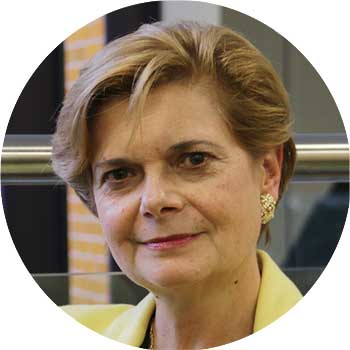