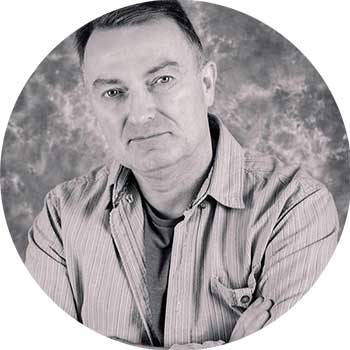 Writing under the penname of Ian Andrew, his first crime novel, Face Value, won the Publishers Weekly BookLife Prize for Fiction in 2017. Since then he has continued to add to that series and is also a successful ghost writer.

Originally from Northern Ireland, he now lives in Western Australia, where he relocated to after serving in the UK’s Royal Air Force as an Intelligence Officer. Initially intending to train other authors how to independently publish, he founded Leschenault Press and its main imprint, The Book Reality Experience, which has gone on to actively assist other authors in bringing their stories to publication.