Jon Bryant was born in Harlow, Essex in 1964 and now lives in Ipswich. After graduating from Southampton University with a BSc in Biochemistry and Physiology he took the obvious next step of becoming a cartographer. A career spent working for various large institutions led to Jon’s current existence as a freelance IT contractor specialising in digital maps. While bluffing in regard to technology, Jon is most content when writing reports, or notes in slide presentations that no one ever reads.

The Levelled is his debut novel, inspired by reflection on the fine margins between staying onboard and falling adrift. 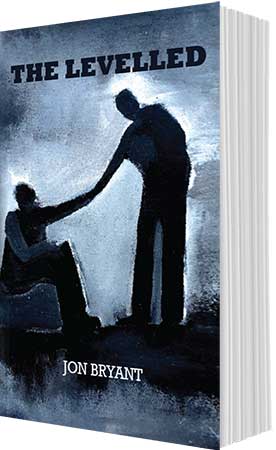