Mary Elgar, JP, has been a keen amateur historian since her boarding school days in England, when, surrounded by cavernous, haunted dormitories and creaking, polished floorboards, she eagerly embraced the rich history of her various schools along with the stories of Britain’s past, so much so that she planned to become a history teacher. However, her father thought otherwise and in 1970 moved his family to Australia, where, at the age of 16, Mary was given the choice of returning to school or getting a job.

History, as Mary knew it, was no longer a viable option, and repeating a year at school was unattractive, so Mary started her nursing career at Cairns Base Hospital in North Queensland and after three arduous years became an RN. But although nursing, then marriage, parenthood, her first degree (B. Nursing) and a post-graduate diploma (Editing and Proofreading) filled the following decades, Mary yearned for history, and in 2012 she completed an accredited oral history course in Broome. This then led Mary to her second degree (BA Hons), the focus of her thesis being narratology and the interpretation of oral histories.

In 2015, Mary and her husband moved to Bridgetown and they became involved in the Bridgetown Historical Society – finally she could immerse herself in history that was so plentiful in the beautifully preserved town. Mary is now Chairperson of BHS and actively promotes interest in history to Bridgetown residents. Bridgetown celebrated its sesquicentenary in 2018, and BHS looked to the future and the preservation of residents’ stories. Mary undertook a project to take oral histories from over 40 residents, and ex-residents, of Bridgetown to show how the town had progressed and shaped itself into a true community over the preceding 150 years. A Mere Country Village is the culmination of this oral history project. 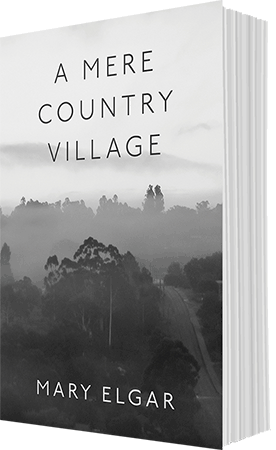 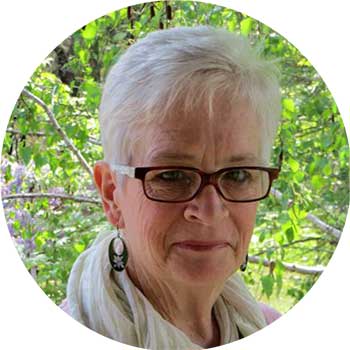