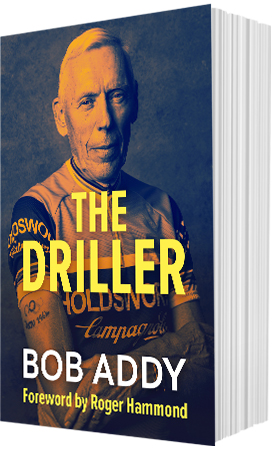 Bob Addy OLY won the 1963 British National Road Championship, represented England at the 1962 Commonwealth Games and later, Great Britain and Northern Ireland at the 1964 Olympics. He went on to represent Great Britain in well over 100 races including many of most prestigious events in the cycling calendar, including the 55th Tour de France. ‘Retiring’ to Australia after his competitive days were thought to be behind him, he went on to become a National Veteran series Time Trial, Criterium and Road Race Champion. Always vehemently against the doping that was known to be widespread in the sport he instead established training regimes that were so hard and tough he was known throughout the sport as, ‘The Driller’.