Wanda Penalver Bevan was born in Ithaca, New York. As early as elementary school, she was always involved in activities that had a focus on writing; from winning the “Very Best Writing” award for penmanship in the first grade, to editor of the school newspaper in the 12th grade. In between, she recalls being asked by her ninth-grade teacher to write a stage adaptation of O. Henry’s 1905 short story, “The Gift of the Magi”, which became the school play that year.

When Wanda received her bachelor’s degree from Northwestern University, many were surprised that she hadn’t studied at the university’s Medill School of Journalism. However, after high school, she had decided her interest in writing was second to her passion for theatre, which ultimately became her major.

Following college, Wanda moved to Los Angeles, where she had a mildly successful career in acting for stage and TV. She’s also worked as a legal assistant, event specialist, and hotel industry professional. Throughout these career changes, Wanda continued to write.

In addition to two screenplays, she’s the songwriter of Little Girl, a tribute to the youngest victim of the 2011 Tucson shooting, and her poem America’s Child is on display at the Oklahoma City National Memorial honoring those who lost their lives in the Murrah Federal Building bombing in 1995. In 2016, she published her first novel, Their Souls Met in Wishton.

Wanda lives in Phoenix, Arizona, after residing three decades in southern California, whose ocean shores will always have a piece of her heart. She loves to travel, and doesn’t fully trust anyone who doesn’t like animals. Greater than any gift she’s received in life, are her three daughters, and she hopes to become just like them when she grows up. 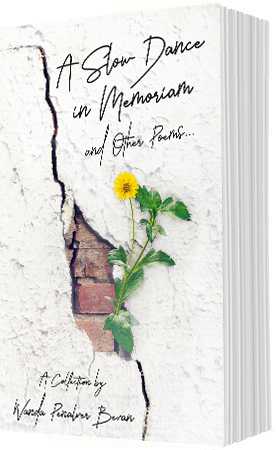 A Slow Dance in Memoriam and Other Poems 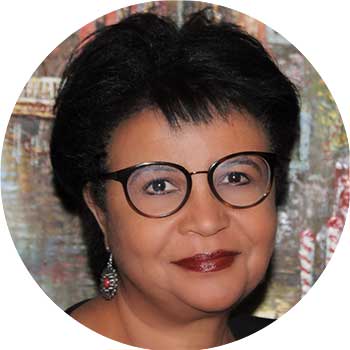