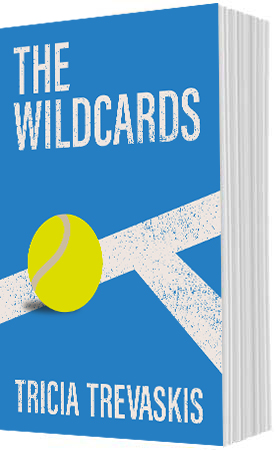 In the era of major sponsors and all time Grand-Slam Champions, can a couple of Aussie wildcard teenagers really make a breakthrough in the world of tennis?

Melbourne brothers, Tim and Jack Anderson, find themselves living on their grandparent’s farm in rural Victoria. The city boys, resentful at being sent away while their father undergoes extensive medical treatment, are also angry at having to start at a new high school in the small community of Winjarra. Yet, despite their reservations, they find new friends and possible romance. A chance introduction to tennis surprises them when they discover an aptitude and untapped skills.

Their obsession with the game leads to dreams of a tennis future, but they are late starters in a game where some prodigies have been playing since kindergarten. How much are the brothers prepared to sacrifice? Will they ever manage to close the gap on those who have been playing for years? For despite all their natural talent and flair, the big question that haunts them is a simple one. Are they good enough?

The Wildcards – In a world of close calls and tight margins, can the brothers’ talent, desire and passion make them winners on and off the court?