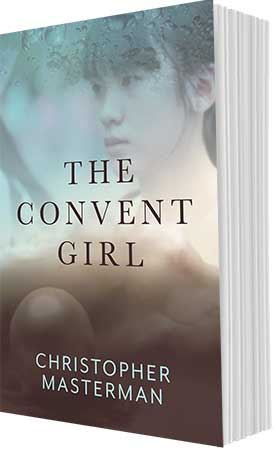 From the pen of Christopher Masterman comes a story of unrequited love, unfulfilled vengeance and the consequences of both. In the aftermath of World War Two on the Island of Singapore, an English boy, David, meets an orphaned local girl, Poppy, within the Good Samaritan Convent.

Years later, David the man knows that on the first morning of meeting her, he had fallen in love with Poppy. A love that was to be his lifetime’s obsession, spanning three continents and myriad twists and turns.

His unrequited feelings holding him prisoner to Poppy’s whims and wants. Wants that will eventually lead him to the Mother-of-Pearl sewn coast of northwest Australia and an encounter with a man whose crimes inadvertently shaped all of their lives.