Hi from the Readers’ Club with another in-depth look at one of our recommended titles and its author.
This time – V M Knox’s
‘Where Death and Danger Go’
In the dark days of 1940, Britain stands alone, but in extraordinary times, ordinary men and women must venture into the unknown.

The Reverend Clement Wisdom survived the horrors of the trenches and became a man of God. Now, with the rise of fascism and the imminent invasion of England by the Nazis, he is forced to walk away from the small parish he loves and the wife he adores to take up arms again. Where Death and Danger Go is the third in the series of Clement Wisdom novels and will be released on the 5th of November 2020. This latest adventure sees our reluctant hero investigate the strange circumstances surrounding the arrival of a Nazi spy into Cambridgeshire. 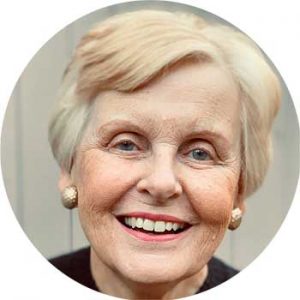 Meet the author, Vicky Knox: I grew up in Sydney in the 50’s and 60’s, but during my teenage years was fortunate to travel extensively with my family. I must admit this made me a life-long Anglophile with a love for old Blighty that I’ve never lost. Following school I trained as a primary school teacher which I didn’t enjoy, so I became a nurse, specialising in burns care. While working in the health industry, I studied singing at the New South Wales Conservatorium of Music and worked in a semi-professional capacity as an opera singer for over twenty years. The highlights of my singing career included being on stage at the Roman amphitheatre in Merida Spain, singing for their graces the Duke and Duchess of Wellington at their estate in Stratfield Saye, for Governor David Martin at the New South Wales Government House and on stage at the Sydney Opera House. Coming into writing later in life has meant that my varied experiences, coupled with a love of history have had a strong influence on me. The era of world war two and the experience of the British people within it have of course influenced my Clement Wisdom series of novels.

Thanks Vicky, so what gave you the idea for Clement? The original idea came from a question about ‘The Scallywags’ on the TV programme, QI. Stephen Fry recounted how Scallywags, more formally known as The Auxiliary Units, were resistance fighters formed in Britain in 1940 as a direct result of the fall of France and what seemed at the time to be the imminent Nazi invasion of Britain. These top secret cells were given special training in what would be ‘behind the lines’ operations, including clandestine assassinations and sabotage all in an effort to thwart or at least delay the Nazi advance to London. Life expectancy for a Scallywag once activated was two weeks. I was fascinated by the men that would have volunteered for such a mission and the formation of the Auxiliary Units was the basis of book one in the series, In Spite of All Terror. The main character is a vicar, the Reverend Clement Wisdom who, by the end of the story, has left his pulpit and joined the Special Duties Section of The Secret Intelligence Service. That set me up nicely for book two, If Necessary Alone and now of course, book three, Where Death and Danger Go.

What’s the underlying theme that the books deals with?  Clement has a high sense of moral conduct as shown in his sense of duty to his country and his fellow man. Courage, selflessness and integrity are foundational to his character.

What do you hope readers will take from the series? I would like to think that people will read some hitherto unknown history of World War Two, albeit within a fictitious story, and understand the immediate and immense danger experienced every day by ordinary people. How people react to extreme situations will influence the course of their lives and their choices. Hopefully some may even emulate Clement’s high sense of putting others before self.

Where did you get the titles from? All three books’ titles are quotes from Winston Churchill’s speeches. It seemed very fitting.

*****************************************
Now, we always try to end our look at an author by asking them to take part in a modified version of the famous Proust Questionnaire that James Lipton would use at the end of the ‘Actor’s Studio” interviews…
So Vicky, if you are willing:
What is your favourite word? Yes
What is your least favourite word? No
What is the best book you have ever read? While I don’t have one favourite, my current top authors are: Bernard Cornwall and Charles Cumming
What is the worst – and if you don’t have a worst, then the worst book to film adaptation? All Chic Lit genre.
What sound or noise do you love? The beautiful sound of blackbirds in the morning when in the UK and the call of Australian magpies on a winter’s afternoon in the Southern Highlands where I live. Also the sound of rain on a corrugated iron roof.
What sound or noise do you hate? Car horns and on-hold muzak.
What is your favourite smell in the world? Wood fire smoke on a winter’s afternoon by the fire or the smell of the sea in summer.
What profession other than your own would you like to attempt? Art Historian.
What profession would you not like to do? Lawyer.
If heaven exists, what would you like to hear God say when you arrive at the pearly gates? Well done good and faithful servant!

Thanks Vicky and good luck with the new release.

To buy the Clement Wisdom Series of novels, just click here or visit your preferred online bookseller or order through your high street bookstore.

That’s all from us for now.

Take good care, stay safe and well, and well-read,
From Jaz and the Leschenault Press Team