Welcome to the Latest Reader’s Club Newsletter (Blog Archive)
This issue we meet up with Lee-Ann Khoh, a library technician who fantasises about the day someone asks if there are any Lee-Ann Khoh books in the library. We’re with you Lee-Ann!! 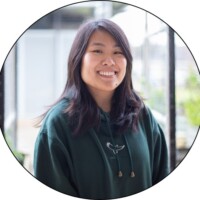 Why did you want to write your book?
I’ve always wanted to write a book but I wasn’t sure if I had anything worth saying. I’m still not, but this story kept gnawing at me until I wrote it and hopefully people like it. Jade’s story is a work of fiction, but it came about through some of my experiences as well as those of people I know. The book deals with some difficult mental health issues like depression, anxiety and self-harm. But lots of people who are struggling think they’re the only ones who feel that way. If just one person connects with the book and realises they’re not alone, I’ll have achieved what I set out to do.

How did you begin?
I just sat down and started to write. The first sentence set the tone: “I knew there was something wrong with me when I found out Samson Otto was dead and all I could feel was dull envy.” That line came to me almost immediately and didn’t really change through all the rewrites – which might never happen to me again but I’m glad it did for this book. 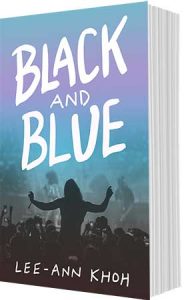 Are you a methodical planner or fly-by-the-seat writer? How did your book grow? How did you begin?
Well, I’m definitely not a methodical planner. But as I said before, I had the opening of the book early on. I also knew what the ending was going to be but the journey to get there was mostly flying by the seat of my pants, until about two-thirds into my first draft when I started to plan the rest of the way. Nothing too detailed, just a brief outline of the scenes I would need to get to the end.

How would you sum up the book and your creative method?
There’s quite a bit of me in Black and Blue – it’s fiction but I approached it as if it would be the last thing I ever wrote. Mental health is close to my heart, and like many migrant kids, I sometimes felt trapped between cultures growing up – so the book explores those themes. And Star Trek and Bon Jovi mean a lot to me, so I decided they would mean a lot to Jade too. The end result is an intense coming-of-age novel that hopefully won’t be my last! I don’t know if I’ve developed a creative method yet. I still just make it up as I go along.

Lee-Ann Khoh is a self-confessed socially awkward butterfly who prefers writing to talking but has been known to sing in front of an audience on occasion. Hailing from Perth, she studied journalism at Curtin University before deciding she was better at making up her own stories. If you meet Lee-Ann, she probably won’t say much, but you can read some of her thoughts at leeannkhoh.com

Click here to learn more about Black and Blue